As a comparatively new diver my eyes are beginning to adapt to the world below. 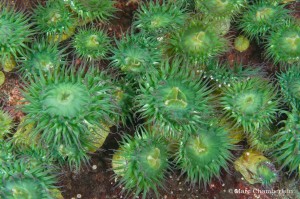 The kitchen Window and an Underwater world Four years ago this September, my world had a drastically different appearance from the cool blues and greys of Browning Pass. I was an art student at Ryerson University in the heart of downtown Toronto and I had arrived on the heals of the G8 riots in 2010. It was an exciting time full of new beginnings and the anxiety of letting go. After seven years working in the sail training industry I had made the decision to swallow the anchor, leave the west coast, and pursue my passion for photography at Ryerson University in Toronto.

Through a series of events that suspiciously fell into place I found myself in a charismatic, victorian style house in chinatown. My accommodations resembled everything that an artistic, metropolitan household might. The ambient smell of patchouli, the black santa on the mantle piece and the revolving door of woollen dressed roommates all seemed to pleasantly add to a certain je ne sais quoi.

In the mornings I’d sit by the kitchen window with a fresh cup of tea and slowly start notice my new surroundings. The funny thing about that window however, is that every mornings it was different. It’s not that things had changed but rather that I would continually see something new. As an art student my eyes were changing and I was starting to notice things for the first time all over again. Texture, form, colour, and above all light stood out at me.

In a way, diving on the west coast has been a lot like sitting by that kitchen window. As a comparatively new diver my eyes are beginning to adapt to the world below. At first Darcey island appeared to be an arrangement of barren, somewhat colourful rocks, yet as I slowed myself down and took a step closer I noticed hundreds of small crabs covering those rocks. They’d scurry and shuffle with an apparent urgency as if my sudden presence brought some terrible foreshadowing; perhaps I project. But even Browning Wall could go by in a flash if I didn’t remind myself to slow down and notice things for the first time all over again. Life, in it’s multitude of layers, is right there in front of you and the only way to get it is to slow down.

First Mate aboard the nautilus Swell